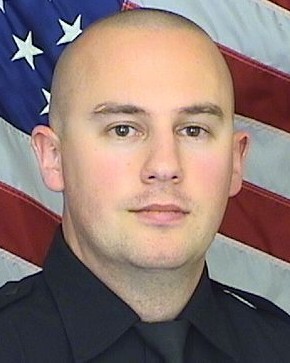 ZACKARI SPURLOCK PARRISH, III
Deputy Sheriff Zackari Parrish was shot and killed after responding to a disturbance call involving an emotionally disturbed man at an apartment complex at 3404 E. County Line Road, in Highlands Ranch, at approximately 5:15 am.

The three wounded deputies were able to retreat to safety. Responding officers, including regional SWAT team members, re-entered the apartment to rescue Deputy Parrish. The subject inside opened fire on the officers, wounding a Castle Rock police officer before being shot and killed.

The subject fired over 100 rounds during the incident, wounding two citizens in addition to shooting the officers.

Deputy Parrish had served with the Douglas County Sheriff’s Office for seven months and had previously served with the Castle Rock Police Department for two years. He is survived by his wife and two children.