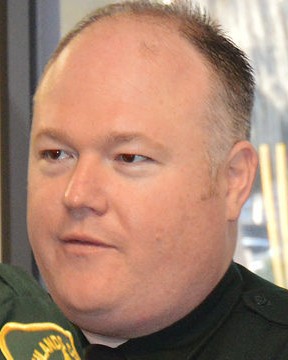 Deputy Sheriff William Gentry succumbed to a gunshot wound sustained the previous night while responding to an animal abuse call at a home in the 200 block of Baltimore Way in which a homeowner’s cat had been fatally shot with a pellet gun.

He and a deputy he was training had responded to the victim’s home. During the investigation Deputy Gentry went to the suspect’s home, a convicted felon who lived next door, to make contact with him. As he stood at the front door the suspect opened fire on him, shooting him in the head.

The 69-year-old subject was taken into custody at the scene and charged with numerous counts.

Deputy Gentry was flown to Lee Memorial Hospital where he succumbed to his wound the following day.

Deputy Gentry had served with the Highlands County Sheriff’s Office for 13 years. He is survived by a brother, who also serves with the agency.