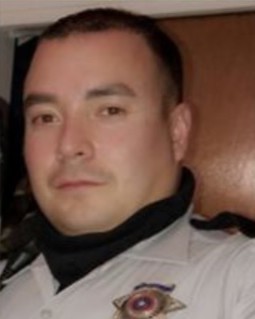 PETER HERRERA
Deputy Sheriff Peter Herrera succumbed to wounds sustained when he was shot after pulling over a vehicle in San Elizario at 1:50 am.

He had stopped the vehicle for a registration violation near the corner of Chicken Ranch Road and Socorro Road. He approached the car and asked the driver to step out. As the driver exited the vehicle he fired 15 rounds, striking Deputy Herrera multiple times. Deputy Herrara did not have an opportunity to draw his own weapon.

A civilian and members of the U.S. Border Patrol and El Paso County Sheriff’s Office provided aid to Deputy Herrera. He was transported to a local hospital in critical condition where he succumbed to his wounds two days later.

Deputy Herrera had served with the El Paso County Sheriff’s Office for 11 years. He is survived by his wife.