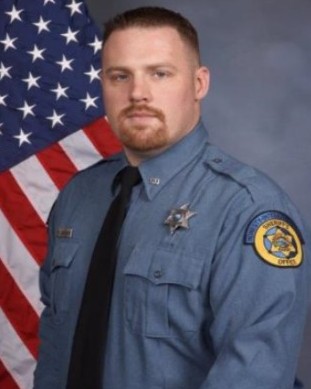 PATRICK THOMAS ROHRER
Deputy Sheriff Patrick Rohrer and Deputy Sheriff Theresa King were shot and killed as they transported a prisoner to the Wyandotte County Correction and Court Services Building, at 800 7th Street, at approximately 11:15 am.

Deputy Rohrer had served with the Wyandotte County Sheriff’s Office for seven years. He is survived by his wife, daughter, son, parents, sister, and grandmother.