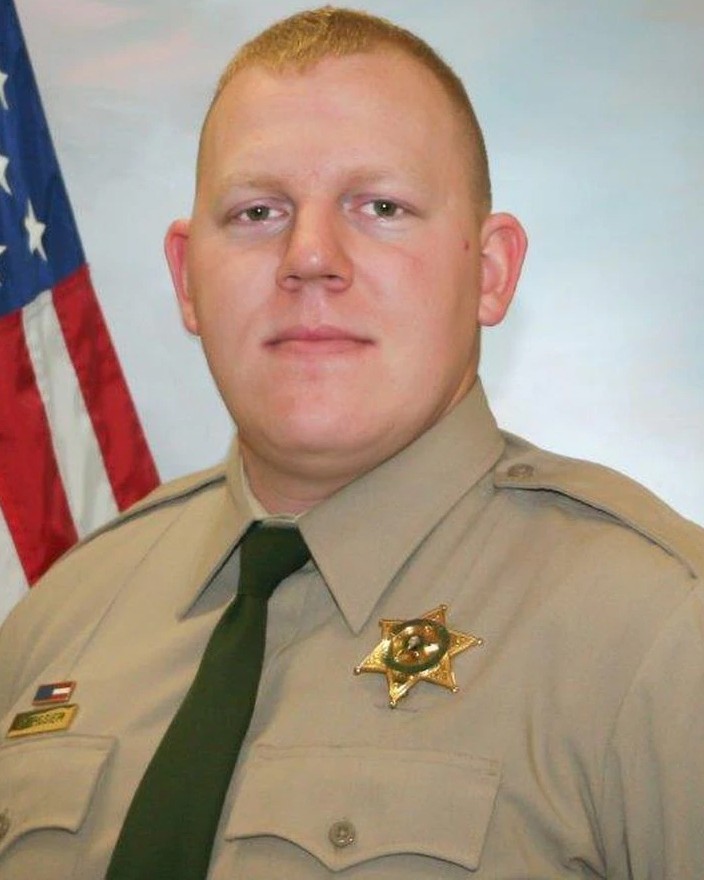 JUSTIN RICHARD DEROSIER
Deputy Sheriff Justin DeRosier was shot and killed in the 100 block of Fallert Road after responding to investigate reports of a disabled motor home shortly after 10:00 pm.

After arriving at the scene, he contacted dispatchers with emergency traffic and stated he was being fired at. Members of the Cowlitz County Sheriff’s Office and the Kalama Police Department responded to the scene and were able to pull him to safety. He was flown to PeaceHealth Medical Center in Vancouver where he passed away shortly after midnight.

Two suspects were taken into custody near the scene. A third suspect was shot and killed when he was encountered by other officers who were searching for him the following night.

The subject who was killed was the half-brother of the man who murdered Chief of Police Ralph Painter of the Rainier Police Department, Oregon, on January 5th, 2011.