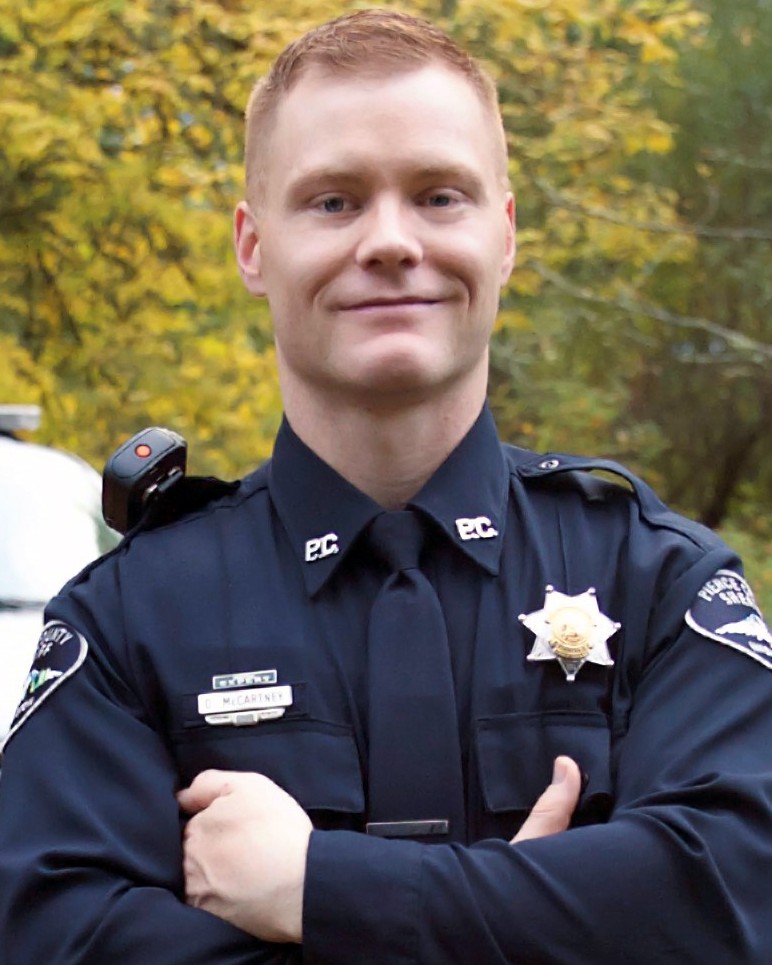 DANIEL A. MCCARTNEY
Deputy Sheriff Daniel McCartney was shot and killed after responding to a burglary in progress near 45th Avenue Court East and 200th Street East, in Frederickson, at approximately 11:30 pm.

One subject was found dead at the scene. A second subject was arrested the following day after a massive manhunt.