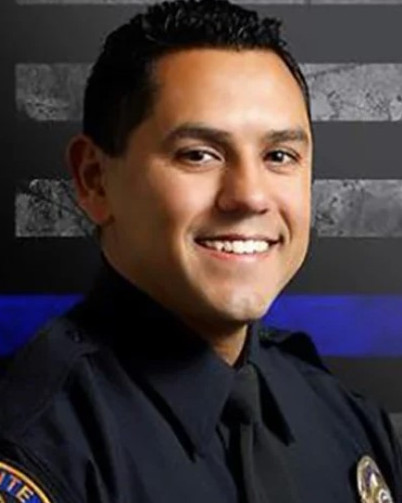 Corporal Michael Paredes and Police Officer Joseph Santana were shot and killed while responding to a domestic violence call at 10327 Garvey Avenue.

At 4:45 pm, Corporal Paredes and Officer Santana responded to a report of a possible stabbing between a boyfriend and girlfriend. When they arrived at the hotel room, they were met with gunfire. The subject fled into the parking lot, and responding officers exchanged gunfire with the suspect.

Both officers were taken to the L.A. County USC Medical Center, where they succumbed to their wounds.

The subject was shot and killed.

Corporal Paredes served with the El Monte Police Department for 22 years. He is survived by his wife, son, and daughter.