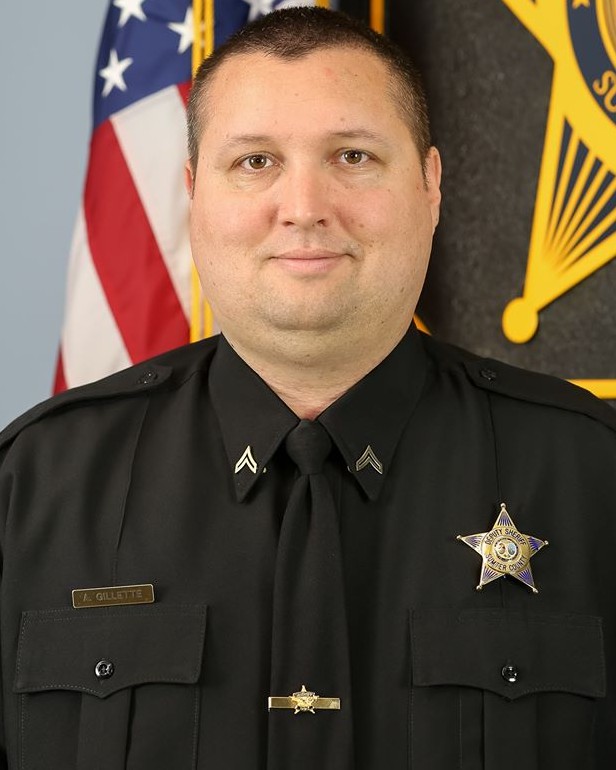 Corporal Andrew Gillette was shot and killed while he and other deputies attempted to serve a detention order and eviction notice at a home at 3120 Thomas Sumter Highway at 11:30 am.

The subject named on the orders opened fire, striking Corporal Gillette in the chest. Other deputies who were on the scene returned fire and killed the subject.

Corporal Gillette was a U.S. Air Force veteran. He served with the Sumter County Sheriff’s Office for seven years and was assigned to the Civil Process Division. He is survived by his wife and 11-year-old son.