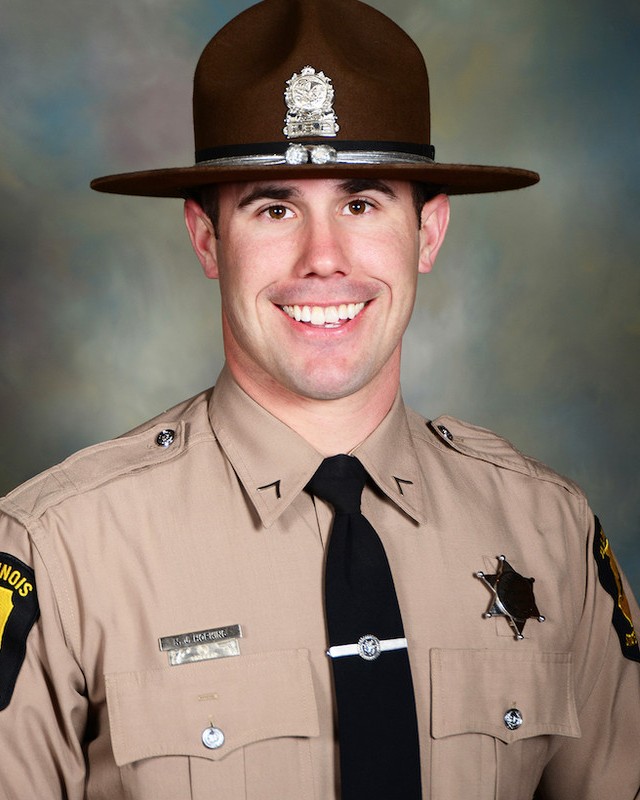 Nicholas J. Hopkins
Trooper Nicholas Hopkins was shot and killed while serving a search warrant at a home at 1426 North 42nd Street and Caseyville Avenue in East St. Louis, Illinois.

He and other members of the Emergency Response Team were making entry into the home at 5:30 am when he was shot by an occupant during an exchange of gunfire.

Trooper Hopkins had served with the Illinois State Police for 10 years. He is survived by his wife, children, and brother.