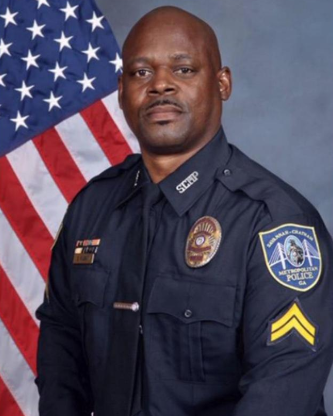 KELVIN ANSARI
Sergeant Kelvin Ansari was shot and killed as he attempted to apprehend a robbery suspect.

He and other officers had responded to a robbery that occurred at a barbershop in the 2300 block of Bull Street. The suspect was believed to have left the area but was inside a nearby vehicle. As Sergeant Ansari checked the area the man exited and opened fire on him and another officer, striking them both.

The subject fled into a nearby residential area where he was found a short time later hiding in a shed. As responding officers ordered him to surrender, he exited the shed and opened fire again. He was fatally wounded by return gunfire.

Sergeant Ansari had retired from the U.S. Army and had served with the Savannah Police Department for 10 years. He is survived by his wife and four children.