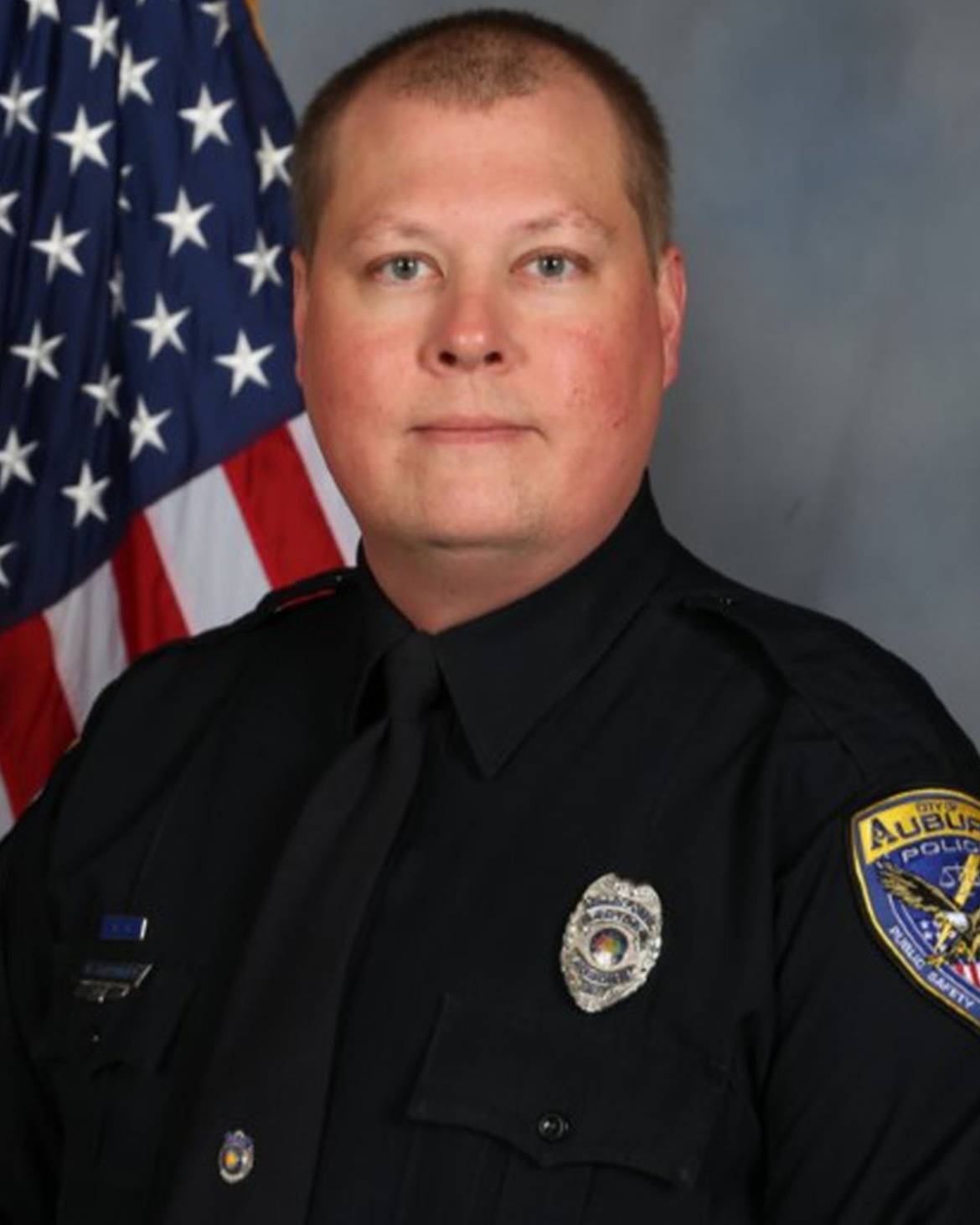 WILLIAM RAY BUECHNER, JR.
Police Officer William Buechner was shot and killed at about 10:10 pm when he and two other officers responded to a domestic disturbance in the 3300 block of Wire Road.

After the officers arrived on the scene a subject at the mobile home opened fire on them, killing Officer Buechner and wounding two other officers. The man fled the area on foot but was arrested early the next morning approximately one mile away.

The subject was charged with capital murder.

Officer Buechner had served with the Auburn Police Division for 13 years. He is survived by his wife, son, and step-daughter.