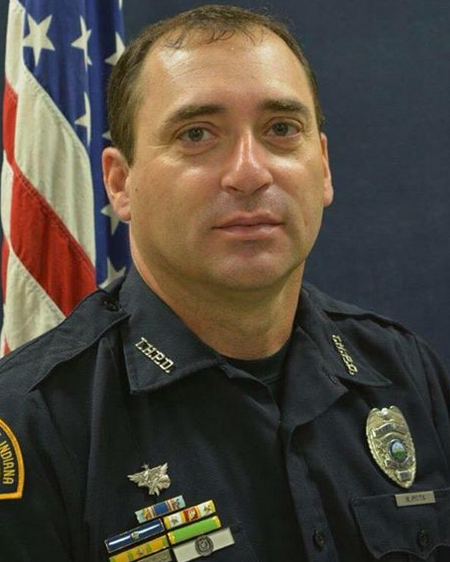 Investigators were following up on leads from a homicide that occurred earlier in the day. As Officer Pitts and other detectives approached the homicide suspect’s apartment they man opened fire on them, fatally wounding Officer Pitts. Officer Pitts was transported to a local hospital where he succumbed to his wounds.

The subject who shot him was located deceased inside of his apartment after barricading himself inside.

Officer Pitts had served with the Terre Haute Police Department for 16 years.