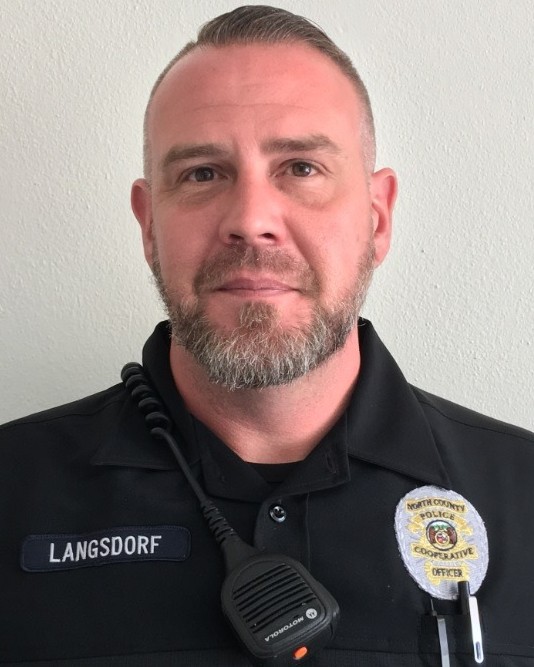 MICHAEL VINCENT LANGSDORF
Police Officer Michael was shot and killed after responding to a call at 6250 Page Avenue involving a man attempting to cash a fraudulent check at 4:40 pm.

He was shot several minutes after contacting the suspect at the business. The man who shot him was taken into custody.

Officer Langsdorf had served with the North County Police Cooperative for only three months and had previously served with the St. Louis Metropolitan Police Department for 17 years. He is survived by his two children, fiancée, and parents.