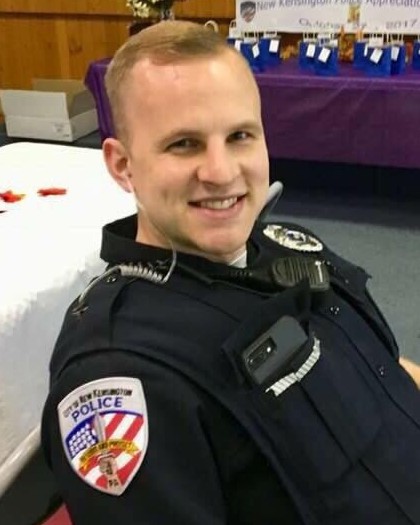 BRIAN DAVID SHAW
Patrolman Brian Shaw was shot and killed while making a traffic stop of a vehicle in the 1200 block of Leishman Avenue at approximately 8:00 pm.

The vehicle’s passenger fled on foot during the stop, then opened fire on Patrolman Shaw as he pursued him. Although he was wearing his vest, Patrolman Shaw was fatally wounded in the chest during the foot pursuit. The subject fled the scene but was arrested on November 21st, 2017.

He is survived by his parents, brother and grandmother.