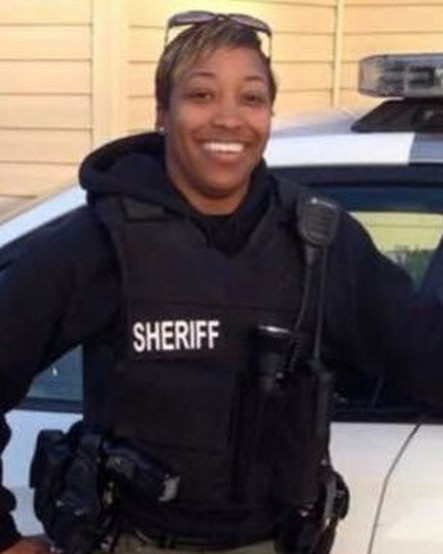 Investigator Farrah Turner suffered fatal gunshot wounds when she and other investigators from the Florence County Sheriff’s Office arrived at a home off of Vintage Drive to interview a suspect as part of a sex offense investigation.

The suspect, who was being investigated on allegations of sexually assaulting minors, was in the home with his adopted father. The adoptive father proceeded to open fire with a rifle and two pistols from a second-floor window that gave him a view of fire for several hundred yards – ambushing law enforcement officers.

Sergeant Terrence Carraway, of the Florence Police Department, was shot and killed while responding to assist several wounded deputies. Sergeant Carraway, along with three other Florence police officers, were attempting to rescue the three wounded deputies when they, too were shot. More than 400 shots were exchanged during the standoff.

The subject remained barricaded inside of his home for two hours before being taken into custody along with the initial suspect.

All of the wounded officers were transported to a local hospital where Sergeant Carraway succumbed to his wounds. Investigator Turner underwent nine surgeries and remained in critical condition until succumbing to her wounds on Oct. 22, 2018.

Investigator Turner is survived by her mother and other family members.