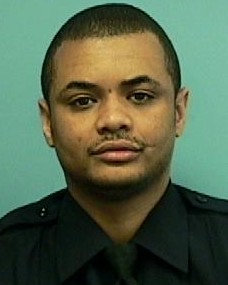 SEAN MATTHEW SUITER
Detective Sean Suiter succumbed to a gunshot wound sustained the previous day while attempting to interview a person during a homicide investigation in the 900 block of Bennett Place.

He and his partner were canvassing the area when he observed a man attempting to hide in an alley. He notified of his partner and then approached the man to speak to him. A struggle ensued in which the subject was able to gain control of Detective Suiter’s service weapon. The man then used the service weapon to shoot him in the head.

The man who shot him fled the scene and remains at large.

Detective Suiter, a U.S. Army veteran, had served with the Baltimore Police Department for 18 years and was assigned to the Homicide Unit. He is survived by his wife and five children.