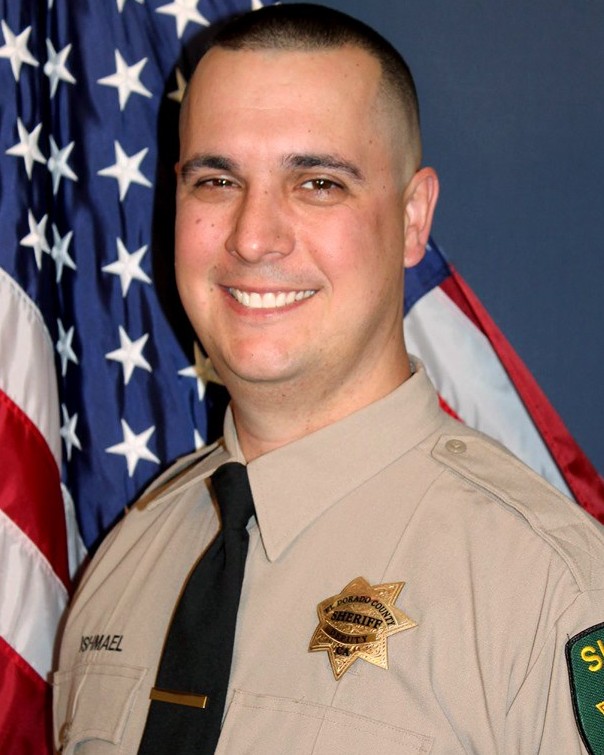 Deputy Sheriff Brian Ishmael was shot and killed while responding to a call reporting the larceny of marijuana plants in the area of Sand Ridge Road and Mount Aukum Road in the rural Somerset community.

A subject operating a marijuana grow had observed several men stealing plants at approximately 12:30 a.m. and stated that a vehicle was parked at a neighbor’s home. Deputy Ishmael and an off-duty deputy from the San Joaquin County Sheriff’s Office who was riding along with him responded to the area. Shortly after 1:00 a.m., he broadcast that shots had been fired. Deputy Ishmael and the off-duty deputy both exchanged shots with multiple subjects.

Deputy Ishmael was shot and killed and the off-duty deputy was wounded during the shootout. Two men, one of whom was wounded, were taken into custody by responding officers. The 911 caller was also arrested after it was discovered he was a business partner of the shooters and failed to disclose the relationship to police. A fourth subject was arrested several days later after an investigation revealed that the marijuana grows were illegally contracted by a subject in Mexico. All four subjects, including at least one of whom is an illegal alien, have been charged by both state and federal authorities.

Deputy Ishmael had served with the El Dorado County Sheriff’s Office for four years and had previously served with the Placerville Police Department. He is survived by his wife and three children.